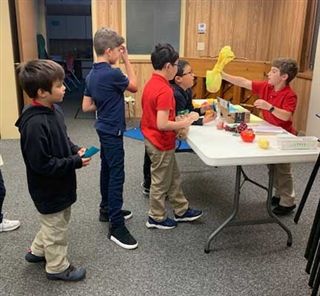 Eighth grade students also meet twice a week all year and continue to use the “Ecce Romani” textbook. Students will finish the book by the end of their second year. Many Birchwood students have placed out of a year of high school Latin at Hawken, St. Ignatius, and Westlake High School.

Spanish – Birchwood students begin to study Spanish in preschool. In the first through fourth grades, students are introduced to various Hispanic cultures and they learn songs, poems, vocabulary, and even conduct simple conversations. In Spanish class in the early grades students often use role-playing such as shopping at the grocery store as a way to practice and reinforce vocabulary.